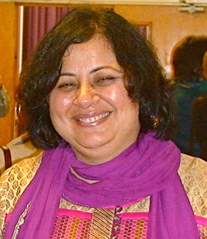 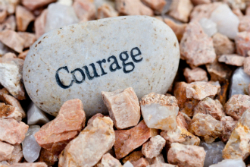 One day as David the shepherd boy was carrying lunch to his older brothers in the Israelite army he heard an angry booming voice thunder across the fields. “I am Goliath, and I dare you to pick someone to fight me.” The voice was coming from the Philistine ranks and went on taunting the Israelites and their God. As David grew closer he could see the giant Goliath strutting up and down. He could also see the terrified faces of King Saul and his soldiers. This made David very angry and more than a little ashamed. He decided he must go and see the king. “I will fight that bully Goliath!” David announced. It was all that King Saul could do not to laugh out loud. “You are just a boy David, a small boy. Goliath has been a mighty soldier all his life.” “But when the wild animals attack my father’s sheep,” protested David, “I fight them off with my sling and staff. I have killed many lions and bears and I will do the same to this wicked Philistine. Do not fear for God is on our side.” King Saul was taken aback. “Well, I suppose you should be given a chance. At least let me lend you some armour and a sword.” But the armour was heavy and David was not used to it. He returned the armour to Saul and instead picked up five smooth stones from the stream and marched out courageously to face Goliath.

The giant laughed scornfully at the small boy and shouted curses at him. David did not flinch. “This very day you will be defeated and everyone here will see that the Lord does not need swords or spears to save his people.” As Goliath lowered his shield and aimed his spear at the boy, quick as a flash, David loaded a stone into his sling, spun it around above his head and sent it spinning through the air towards Goliath. The stone struck the giant on his forehead and he crumpled to the ground. Goliath was dead. There was a moment of stunned silence before the whoops and cheers from the Israelite army echoed around the hillsides. This was a day no-one would forget, when the courage of a shepherd boy saved a nation.

What are we doing in school to learn about Courage?

We are encouraging our children to show bravery through trying new experiences and pushing themselves to achieve their potential.

Each year awards are presented to children throughout the country who have shown outstanding bravery and courage in overcoming huge challenges in their lives.

Remember, there are different kinds of courage and different ways of showing bravery!

The nominations will be displayed in the Values Book at school.

Think together about words of wisdom...

“Courage is not the absence of fear, but the willingness to overcome that fear.” - Nelson Mandela

Talk about COURAGE together...

Being courageous can mean different things to different people. For example, one person may think it easy to speak in front of a large audience, whilst another would need to find lots of courage to do this. Everyone faces challenges from time to time, and we have to find courage to overcome them.

-The different challenges that each family member faces

-Who or what helps us find courage

-Is there someone that we admire because of the courage that they have shown? 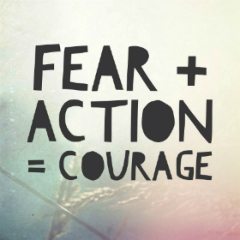 Courage doesn't always roar, sometimes courage is the little voice at the end of the day that says I’ll try tomorrow.

“Forgiveness is a funny thing, it warms the heart and cools the sting.” William Arthur Ward

Desmond Tutu was Archbishop of Capetown from 1986 to 1996.Throughout his life Desmond Tutu worked tirelessly against apartheid in South Africa. Apartheid was a system that treated people differently because of the colour of their skin. People who were non white were not given the same rights in the country as white citizens. For example they had to live where the government told them to, they were not allowed to vote, had to use separate transport, go to different beaches and use different cafes.

There was much violence and oppression in South Africa during the years of apartheid, and when it finally ended in 1992 some people were left feeling bitter and angry and wanting revenge. In order to give everyone a chance to talk about the things that had happened to them Desmond Tutu set up the ‘Truth and Reconciliation Commission’. Many people who had behaved badly could hear from those they had hurt. There was the chance to say sorry and sometimes receive forgiveness. The Truth and Reconciliation Commission helped to provide an opportunity for a new beginning for South Africa, a chance to build what Desmond Tutu called a ‘Rainbow Nation’ in which everyone had the same chance in life no matter what the colour of their skin.

Talk about forgiveness together...

Everyone makes mistakes, it’s part of being human. Sometimes our mistakes hurt others and then we need to say sorry. Sometimes mistakes made by other people hurt us. When this happens we need to be able to forgive. Forgiveness can be difficult and costly but without it a new start is impossible.

-A time when you needed to say sorry

-A time you didn’t say sorry but wish you had

Zacchaeus was a little man. He was a tax collector and had become rich by making others pay lots of money in taxes to the Romans and to him. He didn’t have many friends.

When Zacchaeus heard Jesus was in town, he wanted to see him. But Zacchaeus was short and Jesus was always surrounded by a crowd. So Zacchaeus decided to run ahead of the crowd and climb a sycamore tree.

From there he could watch for Jesus. As Jesus drew closer, he held his breath excitedly until Jesus stopped right beneath his tree. Jesus looked straight up at him! “Zacchaeus,” said Jesus with a smile, “come on down. I want to stay at your house today!”

Zacchaeus hopped down. “You are welcome at my house, Jesus,” he said with a huge grin. But others grumbled, muttering to each other. “Why does Jesus want to go home with the rich, cheating tax collector? He isn’t good enough for Jesus to come and stay at his house.” Zacchaeus heard what the people were saying about him and he wanted to put things right. He turned to Jesus and said, “Master, here and now, I promise to give half of my money to the poor. If I have cheated anyone in taxes, I will pay them back four times that amount.”

Zacchaeus wanted to turn over a new leaf because Jesus believed that everyone deserved a new start and now Zacchaeus believed it too. 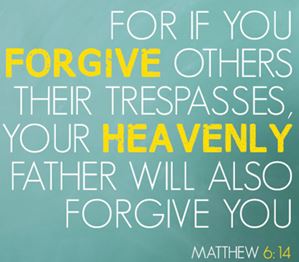 “When you forgive you don’t change the past, but you do change the future."

And Jesus said to him, “If you can! All things are possible for one who believes.” Mark 9:23

If hope was a colour, what would it be? Why?

- Can you see signs around the school that tell you it is a hopeful place? Can we improve and celebrate this?

- Can you explain your hopes for the school and how they relate to Christian hope?

- Can you offer the opportunity of a new start to those who need a second chance?

Dear God, Thank you that you always look after us, and care for us whatever situation we are in. Even when we have done wrong you still love us. You give us hope because you love us. Amen. 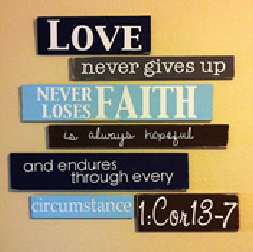 
What are we doing in school to learn about hope?

At school we take every opportunity to celebrate success with:

To show hope at home we can do the following things-

- Show hope by watching the news and praying for someone or something you have seen on it.

- Show hope by if you are losing in a game still believing you can win.

- Show hope by setting yourself a target to get better at something you find difficult.

- Show hope by not getting too down when something bad or difficult happens. 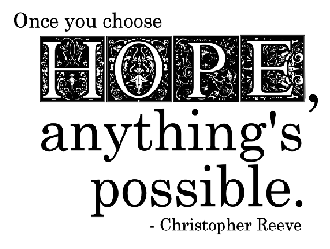 I find hope in the darkest of days, and focus in the brightest. I do not judge the universe.